How to tell if corn is bad? Avoid food poisoning this yuletide season and keep your stomach safe. Here’s everything you need to know!

Corn has been a staple food for many countries, especially in the orient. But because of strong economic ties between countries nowadays, import and export practices have allowed this amazing grain food to be famous all around the globe.

Unfortunately, not everyone is well acquainted with how to tell if corn is bad or spoiled. Thus, many people are prone to food poisoning.

In fact, just in July 2018, a food poisoning outbreak in the United Kingdom had been caused by frozen sweetcorn.

Now, you don’t really wanna suffer the same fate, do you?

We know you don’t, and that is why we specifically want to discuss this topic in our article today.

Really, knowing what makes the corn go bad will help you prolong it. The number one culprit of corn spoilage is moisture. Compared to well-dried corn, moist corn has a greater tendency to become spoiled.

The moist environment is a good breeding ground for bacteria, fungi, and other contaminants, thus they thrive in the corn cob. The byproduct of these bacteria or fungi gives off a weird and rancid smell, which affects the taste of the corn. Moisture can also cause molds to appear on the corn, which also makes it go bad.

Thus, proper storage of the corn cob will greatly help to avoid spoilage.

How To Tell If Corn Is Bad?

In this section, we will now explain the different signs to watch out for to avoid eating bad corn.

Here are the signs:

Using your sense of sight, you can easily spot an ear of bad corn from the good ones through its appearance. Good corns are healthy looking and do not have damaged parts.

On the other hand, if you notice molds and black spots of the corn, then it is most likely spoiled already. It is better to just dispose of the entire cob for safety reasons.

Do not attempt to use parts that you think are damage-free. The molds may have affected the corn more than what you see.

Of course, smelling the corn is another way to identify if it has gone bad or not. As mentioned earlier, sometimes it is hard to spot molds right away. Therefore, you can use the sense of smell this time.

Corn with molds usually has the moldy and rancid smell to it. Even the slightest change in smell could mean something like spoilage, so it is better to keep the corn out of your fridge before it can affect the other vegetables inside.

If the raw corn is slimy to touch, then it is an indication that it might be infected with fungus or molds. Fresh and good corn cobs are hard and rough to touch. The bumps of the kernels should be prominent when you touch them.

You also need to pay attention to the color of the corn husk, as well as its silk. The husk must be green and the silk should be pale yellow. If you notice that the husk is already brown, this could mean that the corn is entering the spoilage stage.

How Do You Store Corn To Extend The Shelf Life?

Aside from knowing how to tell if corn is bad, you also need to learn the proper way of storing it.

If you plan to use the whole ears of corn within the week, it is best to avoid pre-washing it. Use ziplock to store the unwashed corn and then put it inside the fridge. The plastic will protect the corn from being exposed to water.

If you need to use the corn for cooking, just get enough amount that you need and store the others just the same.

For storing corn that lasts for months, it is better to just keep the kernels and get rid of the husks. It is also a must to slightly blanched the kernels before freezing. Blanching helps prevent the corn enzymes to take action, thus preserving its current taste, texture, and color. 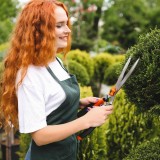